Starting in the summer of 1973, artist Gordon Matta-Clark purchased fifteen lots in the city of New York, fourteen in Queens and one in Staten Island. The specificity of these plots is to be tiny residual areas, often inaccessible parcels of land escaped for some reasons to the rules of the grid and the interests of the real estates. These “unuseless” spaces, sometimes even narrower than a person’s shoulders, were publicly auctioned by the city of New York for a price ranging between $25 and $75 each. Matta Clark’s collection of untenable properties included a triangular plot, a tiny strip of land between two houses, a curbsite. It was a catalogue of bits of land probably resulting from surveying errors or zoning oddities.

The artist probably didn’t have a specific purpose in his mind when he purchased the odd lots and he just started documenting them. He mapped, measured (when possible), photographed, catalogued and analyzed his fifteen properties. While documenting the irrationalities of a city, he basically questioned the meaning and value of land property, using these anomalies in the map to reveal its contradictions.

“They were a group of fifteen micro-parcels of land in Queens, left-over properties from an architect’s drawing. One or two of the prize ones were a foot strip down somebody’s driveway and a foot of sidewalk. And the others were curbstone and gutter space. What I basically wanted to do was to designate spaces that wouldn’t be seen and certainly not occupied.” 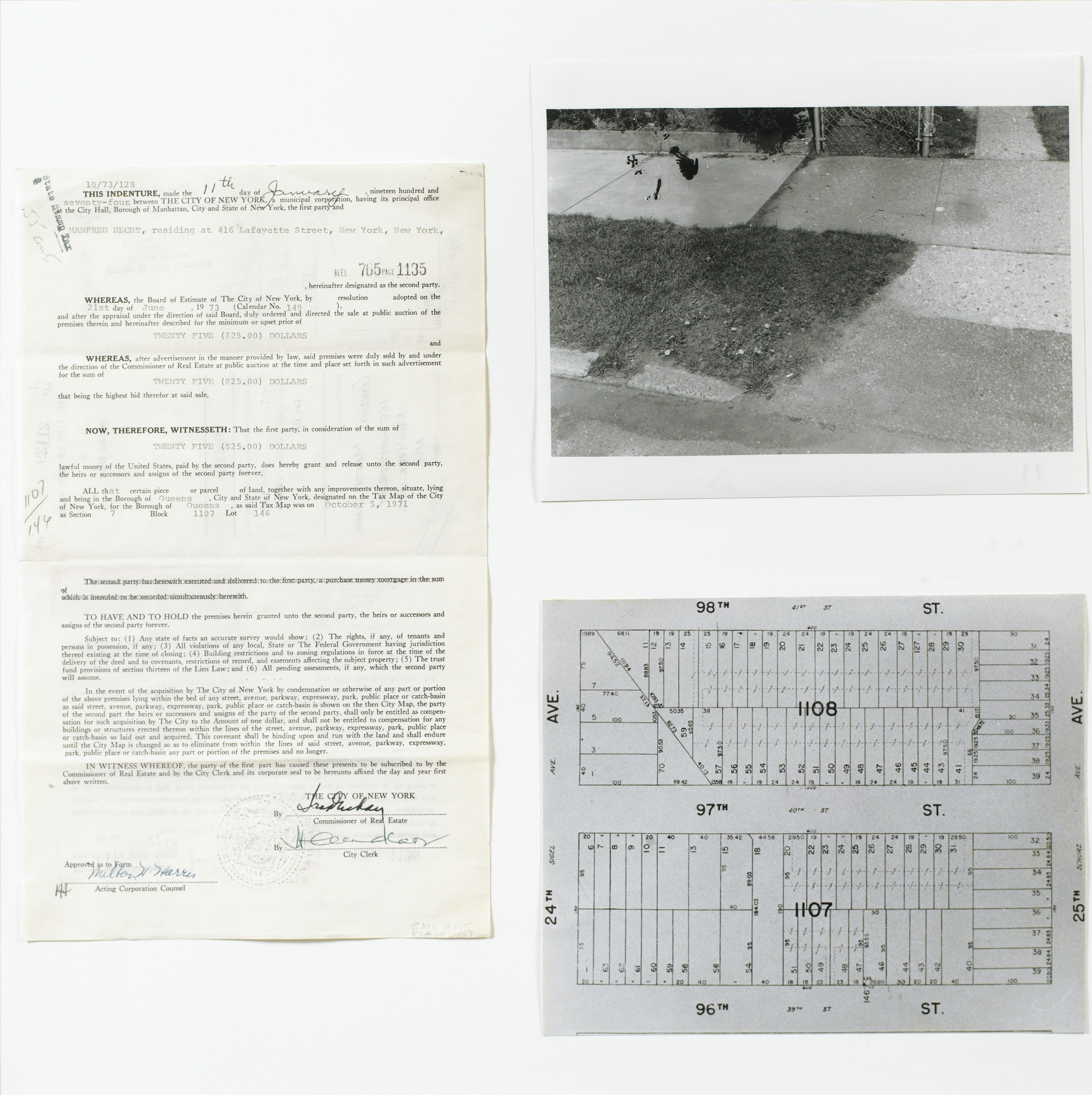 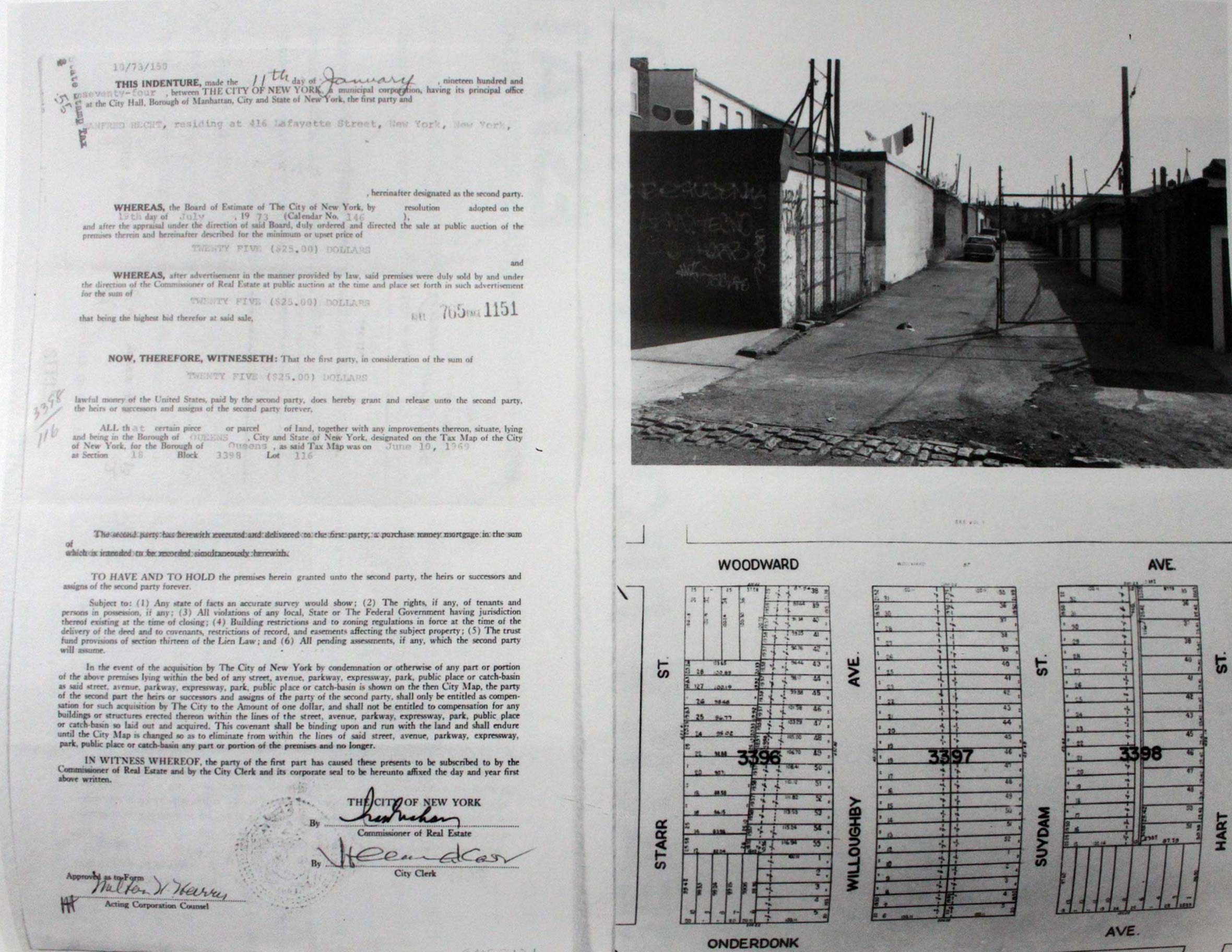 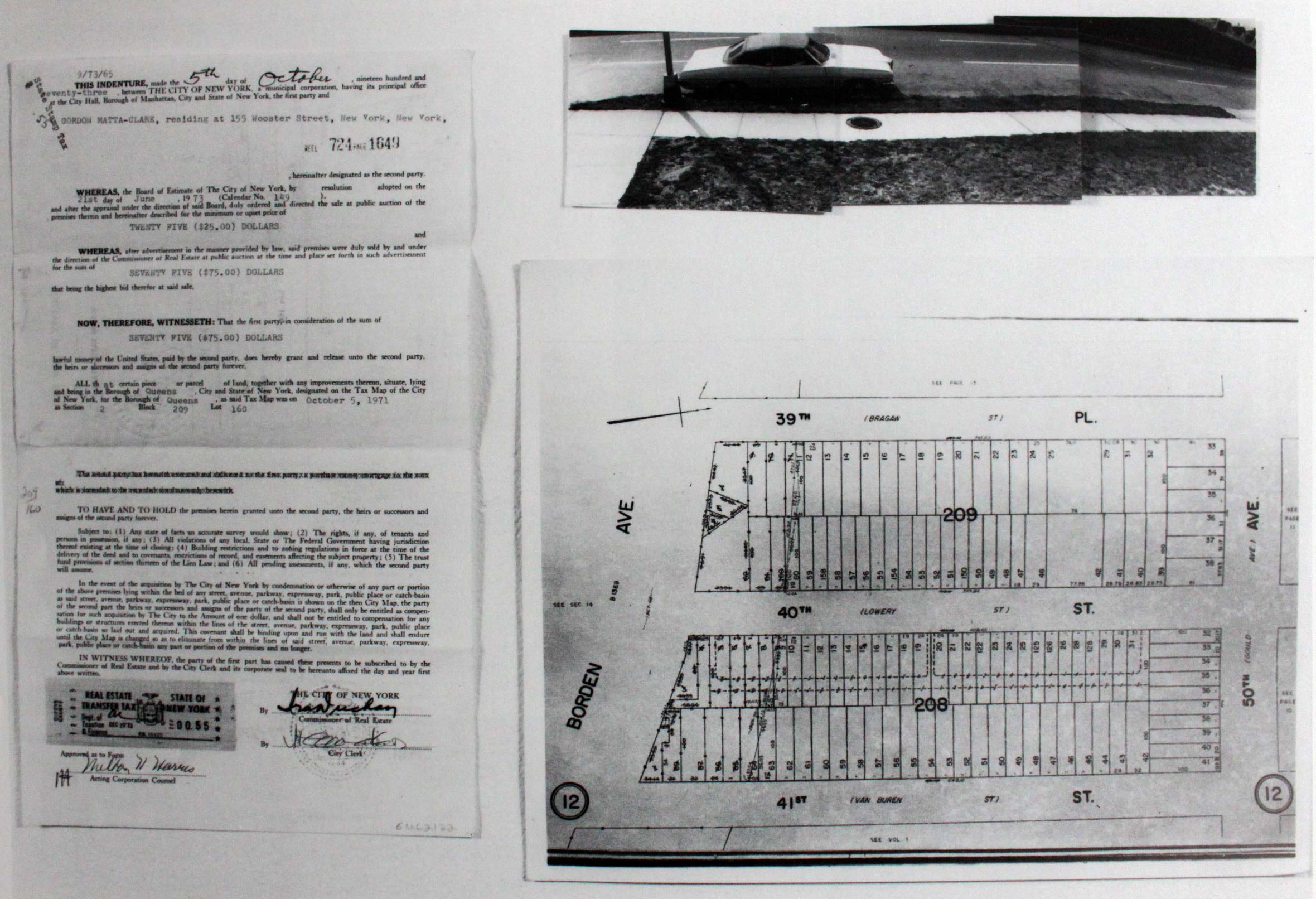 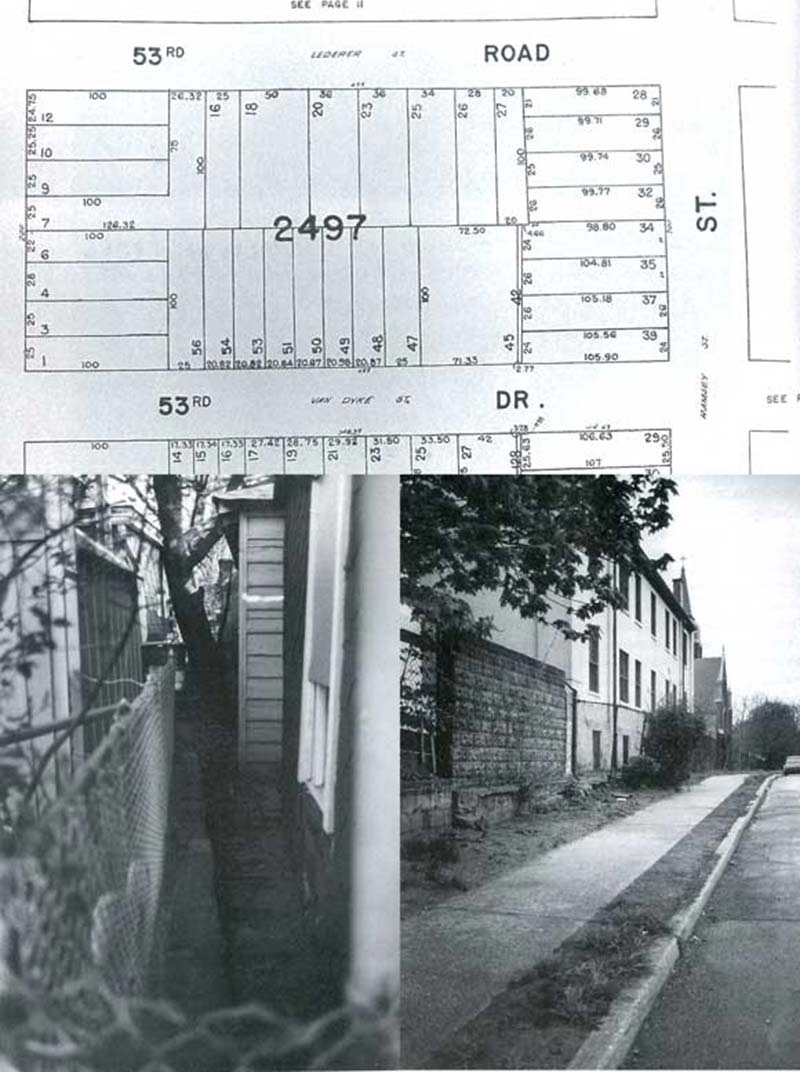